Created 21-Jan-14
7 photos
I got a look at the new anoa calf that was just born yesterday at the San Diego Zoo - pretty cute on those wobbly newborn legs!
The anoa looks a bit like a deer in size, but is actually a bovid, resembling a tiny water buffalo. They are only found on the island of Sulawesi in Indonesia, and are considered an endangered species. Both males and females have sharp horns, which they have been known to use in violent attacks when threatened. For the most part, they tend to be relatively passive and shy animals.
The sex was as yet unknown when I got these shots but the baby seems to be getting plenty of affection and loving care from mom.

Welcome to the world, little anoa! 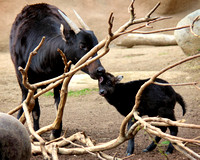 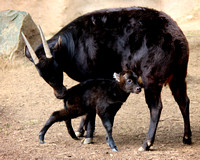 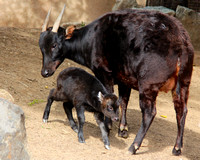 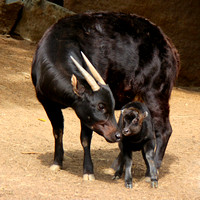 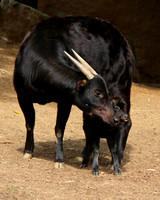 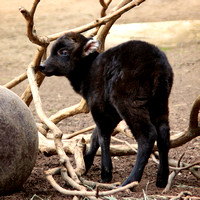 Categories & Keywords
Category:Animals
Subcategory:Mammals
Subcategory Detail:
Keywords:Anoa, Baby Animal, Bovid, San Diego Zoo
Guestbook for New Baby Anoa
Bud(non-registered)
Great shots Penny! I couldn't get any of the calf out in the open. Your's are probably better than mine would have been anyway.
The guestbook is empty.
Loading...
© Penny Hyde Photography
Powered by ZENFOLIO User Agreement
Cancel
Continue