Created 15-Jan-15
16 photos
I’ll always remember when the trail leader said he spotted a mountain lion while we were horseback riding in our local mountains. There was no fear, but a sense of reverence that such a beautiful creature, a big wild cat, was in our midst. I’ve read that there are more mountain lions in California than any other state. But they are rarely seen, masters at remaining hidden, and among their many other names (cougar, puma, & panther), they have also earned the nickname of "ghost cat".
The two mountain lions at the San Diego Zoo, Kima (male) and Koya (female) were each found orphaned and too young to care for themselves in different parts of Washington. They’re now about 9 years old.
Their scientific name is Puma concolor. “Puma” is from the Peruvian Quechua language of the 16th century, meaning “powerful”. The meaning of “concolor" is “plain", presumably because they are basically one color, and have no stripes or spots (though cubs do have spots that disappear as they grow). But, to me, the smokey, subtle tones of tawny with a hint of red give them a dramatic look that’s anything but “plain”!
I’m so grateful that I can visit these two and fully appreciate how extraordinary they are! 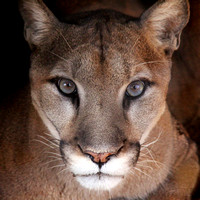 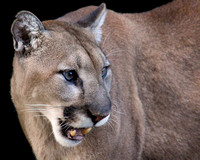 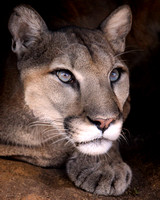 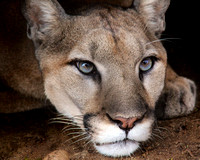 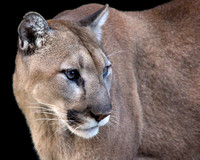 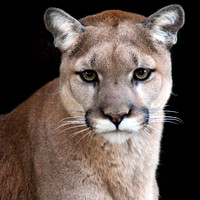 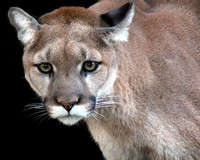 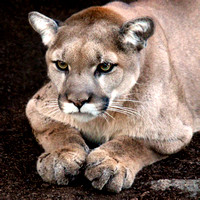 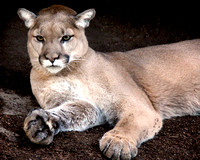 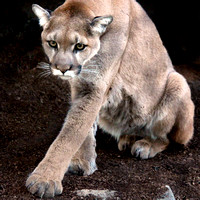 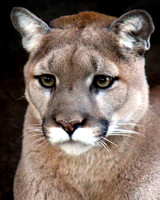