Guapo, the Teddy Bear of Jaguars 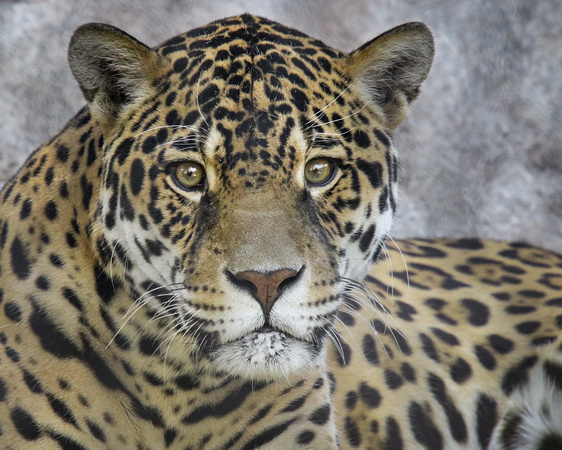 Guapo, the Teddy Bear of Jaguars

As jaguars go, he’s definitely handsome, but he’s also a big ole sweetheart of a boy. He’s the first jaguar I had ever seen that had a certain kindness in his eyes, like he was full of sweetness and love. He’s Valerio’s dad, and it’s clear he passed on that look of gentleness to his son. While I talked to him today, just on the other side of the fence, Guapo rubbed his head up against it, so much like a cat looking for a scritch. Yeah, in my mind I imagined giving him a nice pet, but I was happy just to gaze into his teddy bear eyes while I told him how handsome he is!