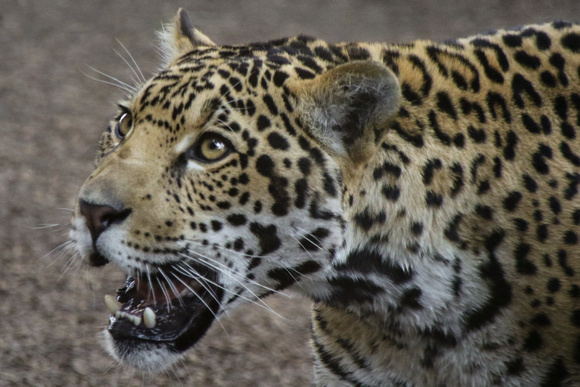 Valerio has grown from a cub to a jaguar before our very eyes!
Today I had the pleasure of hearing his newfound mature jaguar voice - a deep, resounding, guttural roar. Very impressive! He was showing it off during his short separation from his mom, between his higher pitched squeaky cries. Like most boys, his voice is changing, and it’s surprising to hear both sounds from the same animal!
He last weighed-in was at 110 on March 31st, so he’s sure to have gained a few more pounds by now. He’s become a most impressive, masculine and muscular big cat!
He is truly magnificent!