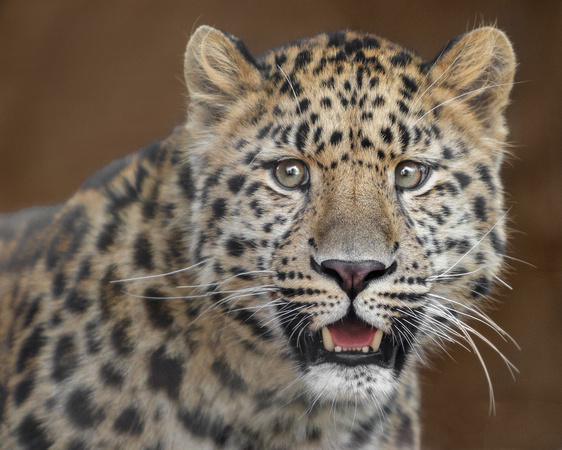 The most recent Amur leopard to come to the San Diego Zoo, 10 month old Rafferty has been letting us see his handsome face more often now that he’s getting comfortable in his exhibit. He’s pretty special since Amur leopards are one of the rarest cats in the world. Critically endangered, it’s been recently estimated in 2017 that there are only 60 individuals left in the wild. There are now five Amur leopards at the Zoo, with hopes of increasing their numbers in cooperation with the Global Species Management Program.