Created 12-Jul-13
28 photos
I've had a special affection for pigs for as long as I can remember. I even have a collection of pig objects throughout my house, not pink, but in colors that blend with my blue and white decor. So, the sight of baby Chacoan peccaries and Visayan warty piglets is sure to make me squeal!
The Chacoan peccary is not actually a pig, but is a piglike mammal that resembles the wild pig (boar). It differs from a true pig in certain skeletal and dental features. Chacoan peccaries are endangered and were actually thought to be extinct before some were discovered living in the dry Chacoan region of South America in 1972.
Visayan Warty Pigs are a critically endangered species, endemic to two of the Visayan Islands in the central Philippines. They are now extinct on the other four islands. Their small numbers are due to habitat loss, food shortages and hunting. The San Diego Zoo was the first Zoo outside the Phillippines to keep and breed them, and other zoos have joined the effort to increase their numbers. They get their name from three "warts" present on the face of the boar. They also sport a stiff, spiky "hairdo". Visayan Warty pigs are described as friendly and playful.
And there's nothing like a few playful piglets to brighten my day! 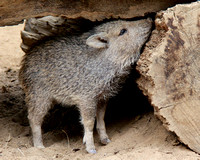 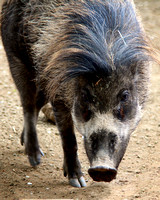 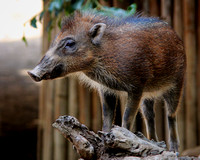 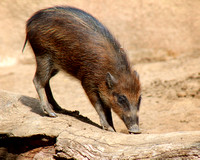 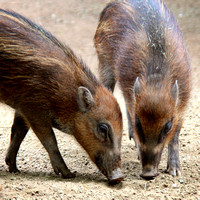