Created 28-Jan-13
19 photos
What's black and white and loved all over? That would be Xiao Liwu, the panda cub! I doubt that he realizes what a fuss he's caused, with people far and wide watching him on the San Diego Zoo's panda cam ever since his birth, and now getting long lines of visitors each day since his public debut on January 10th. But he remains humble, and continues to do what baby bears do, which includes exploring, playing, climbing (and sometimes falling), drinking milk from mom (and eating her biscuits), and sleeping (lots of sleeping!).

On most of my visits to see Mr. Wu, he's been doing just that! Babies need their nap time! I feel fortunate that I've found him awake and visible during two whole visits! This last time, I got to see him hanging on a branch by his front paws, and then fall gracefully to the ground, feet first - no harm done. He landed not too far from some bamboo sticks, which were tasty to chew on. Next he found a nice box to climb in that was just the right size, and in it, he got hold of his favorite ball. All this activity in a matter of minutes! So, when he's awake, he can be quite a busy little guy!

Born on July 29th, 2012, he just turned 6 months old. And as he continues to grow, so will the love he receives from his many admirers!
Happy half-year birthday, Mr. Wu! 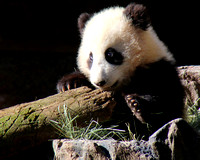 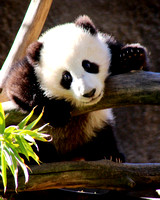 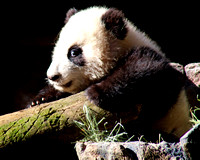 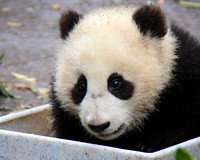 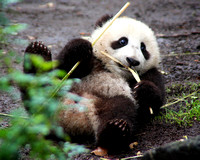 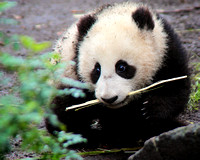 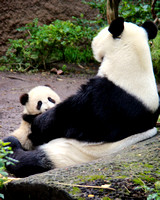 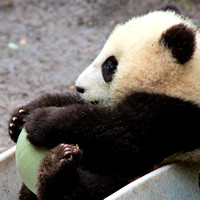 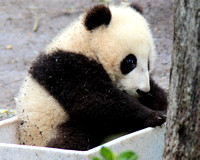 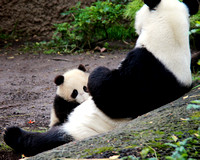 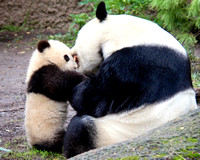 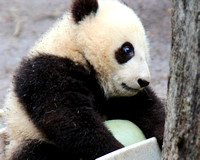 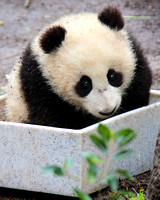 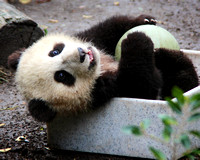